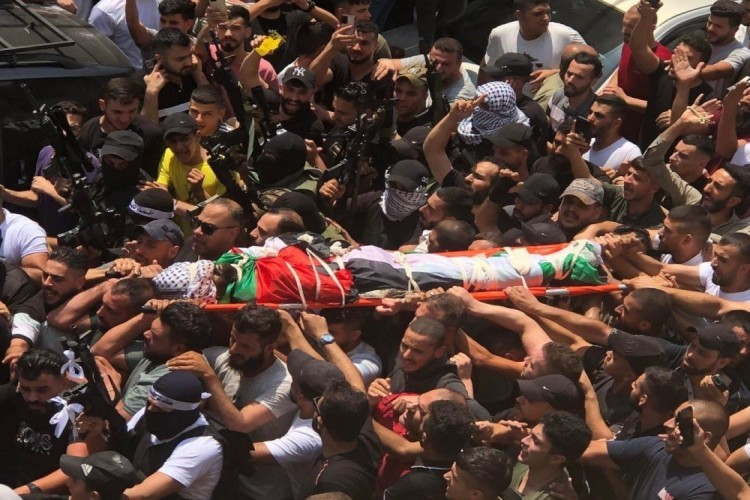 The ministry added that young Palestinian man Mohammed Abu Keshek, 22, has succumbed to injuries he sustained after Israeli occupation soldiers shot him with live rounds in the abdomen.

A resident of the Askar refugee camp in Nablus, Keshek is the second Palestinian to be martyred by the Israeli occupation forces after the killing of 16-year-old Ahmed Amjad Shehadeh and the injury of more than 110 others.

Earlier this morning, the ministry announced the martyrdom of Palestinian freedom fighter Mohammed Herzallah, 30, after critical injuries he sustained when IOF shot him with a live bullet in the head last July in Nablus.