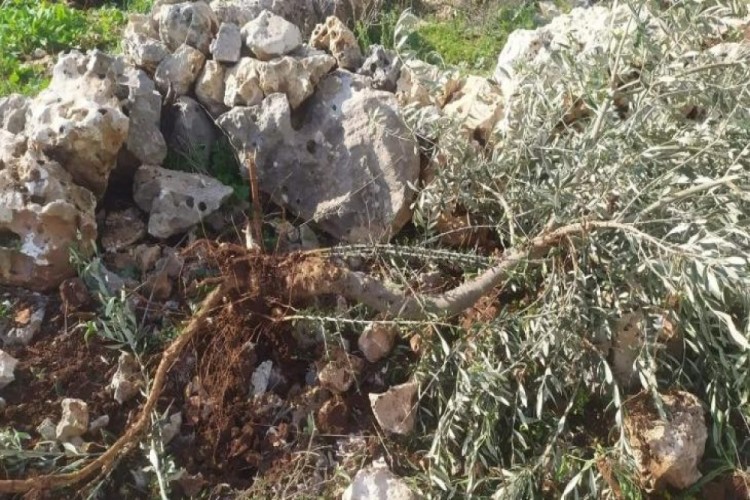 Local sources reported that herds of colonial settlers rooted out 30 olive saplings from a Palestinian's land in Um al-Mawaker, northeast of the town.

It should be noted that terrorist settlers uprooted 50 olive sprouts last Saturday in the town of Bruqin, west of Salfit city.