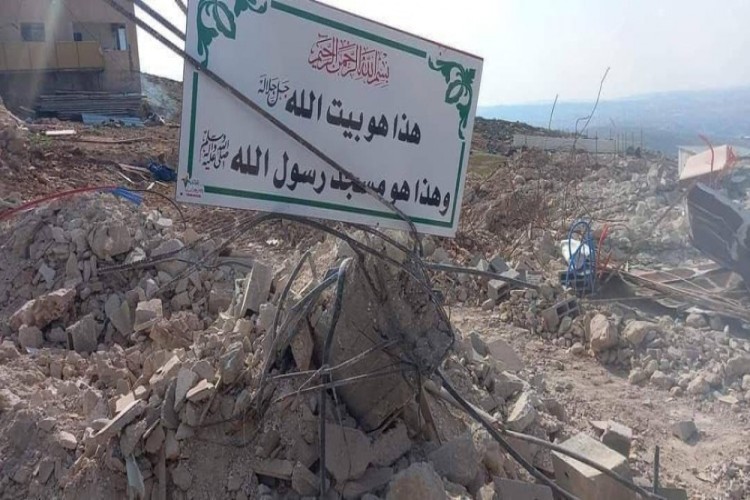 Al-Qassam Website - The Israeli occupation forces (IOF) demolished a mosque in Dura town in the occupied West Bank city of Al-Khalil on Monday.

Local sources reported that the IOF, escorted by several bulldozers, broke into the Khilat Taha area in Dura and demolished a 100-square-meter mosque.

Khilat Taha is one of the areas most threatened with seizure by the Israeli occupation, which is seeking to seize around 3,000 dunums (300 hectares) of Palestinian land in the town, especially near the colonial settlement of "Nagahot"