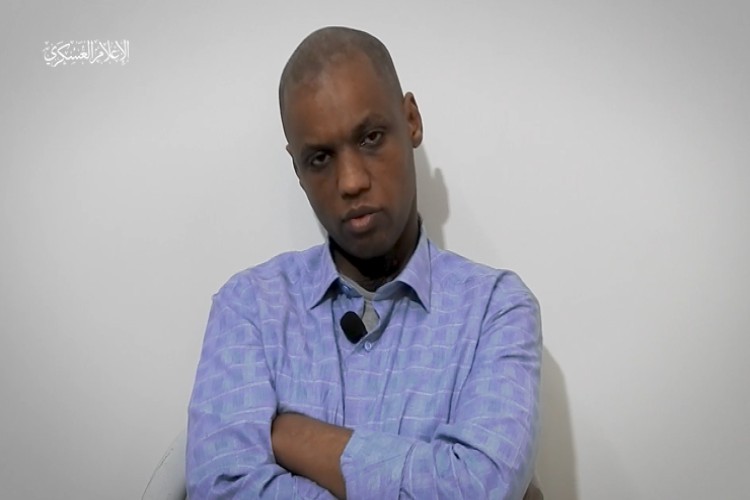 Al-Qassam Website - Military wing of the Palestinian Islamic Resistance Movement Hamas has published a video of Israeli occupation soldier Avera Mengistu it has been holding since 2014.

The video was released as a message to outgoing Israeli occupation military chief Aviv Kochavi and his successor Herzi Halevi.

Speaking in the video, Mengistu asks: “For how long will I be in captivity? After so many years, where are the state and the people of "Israel"?”

The Ezzedeen Al-Qassam Brigades has been holding four Israeli occupying soldiers since the occupation's 2014 offensive against the impoverished Gaza enclave.

An estimated 4,700 Palestinians are believed to be held in Israeli occupation jails, including 29 women, 150 minors, and 850 administrative detainees, according to data compiled by organizations on the rights of prisoners.

The Brigades is willing to free the captured soldiers in exchange for Palestinian detainees languishing in the Israeli occupation jails.