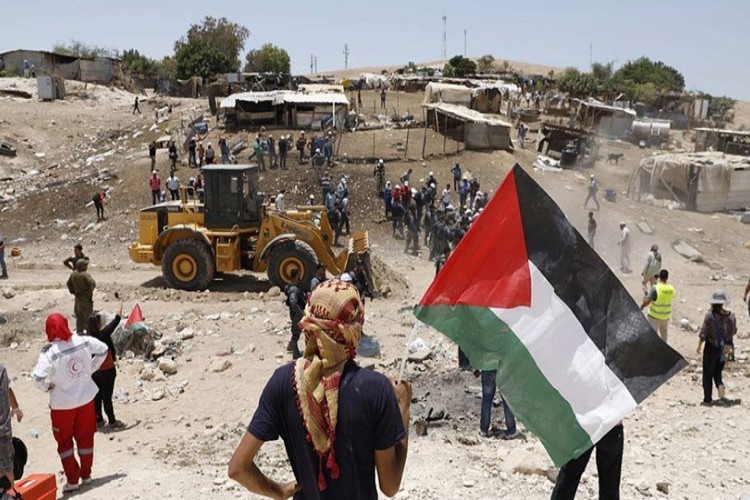 Al-Qassam Website - Hamas spokesperson Hazem Qassem said that the Israeli occupation’s plan to displace the Palestinian citizens of Khan Al-Ahmar in occupied Jerusalem is nothing but an extension of its policy of ethnic cleansing on which Zionism was founded.

Qassem added that displacing landowners from their lands 'aims at expanding colonial settlements.'

The Palestinian people will stand steadfast in the face of the Israeli occupation’s fascist schemes, he continued.