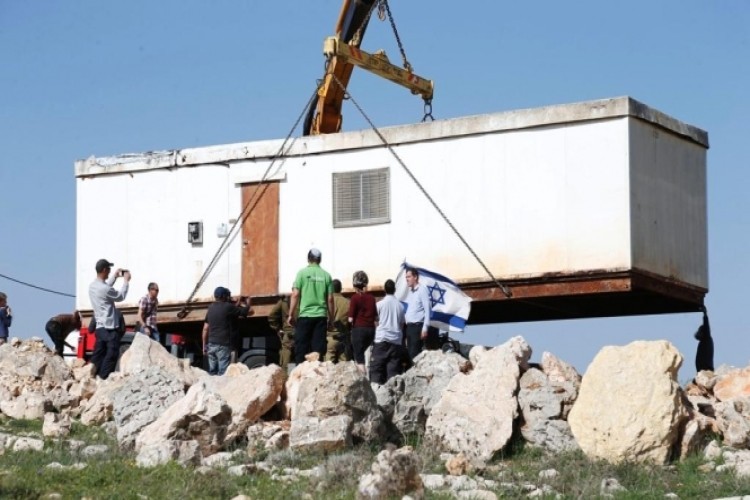 Al-Qassam Website - A herd of colonial Israeli settlers have rebuilt a colonial settlement outpost they had established in Jurish village in the occupied West Bank city of Nablus after it was dismantled.

The terrorist colonists tried to place mobile homes in the area last Friday before valiant Palestinian citizens confronted them and set their fascist scheme back.

Nearly 600,000 colonial Israeli settlers are living in at least 256 colonial settlements and outposts across the occupied West Bank and Jerusalem.