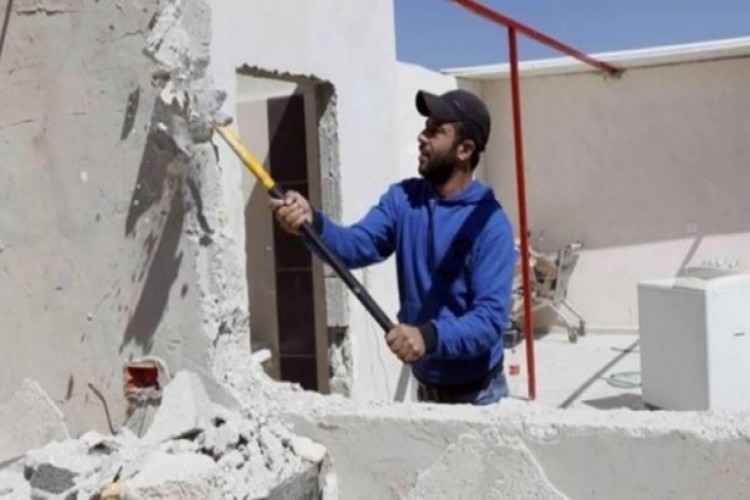 OCCUPIED JERUSALEM, March 22 - The Israeli occupation on Sunday forced two Jerusalemite citizens to demolish their own houses under the pretext of unlicensed construction.

According to local sources, Sami Obeid had to demolish his 100-square-meter house, which was built a few months ago, after receiving a notice from the Israeli occupation municipality.

Mohamed al-Sabah, another Jerusalemite citizen, was also forced to demolish his own home in Ras Khamis neighborhood near Shuafat refugee camp.

Palestinian residents are forced to self-demolish their own houses to avoid paying exorbitant demolition fees for the Israeli occupation authorities.

The Jerusalemites have no choice but to build without licenses because there are no structural maps that respond to the natural increase in their numbers, and for that reason, they are denied house permits.

The occupation also imposes building restrictions on the Palestinian natives in Jerusalem and makes it hard for them to obtain construction licenses.

Israeli demolition campaigns in occupied Jerusalem are aimed at suppressing the natural growth of the Palestinian population and confiscating their lands in a bid to take over the holy city.