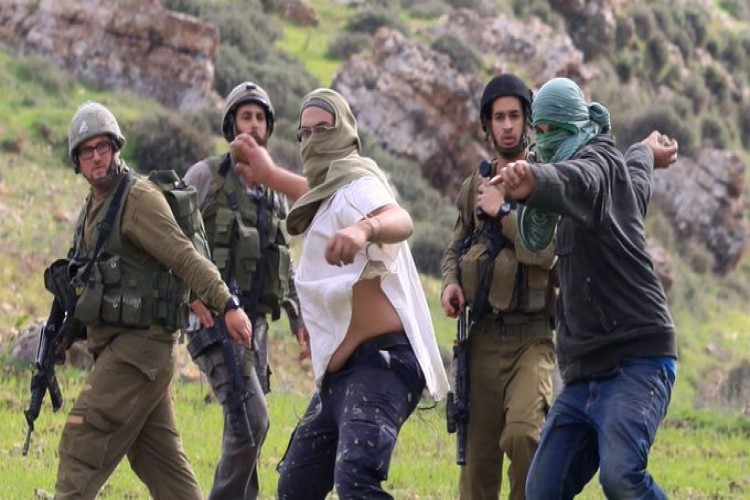 Palestinian injured in an Israeli settlers' assault in West Bank

WEST BANK, March 29 - A Palestinian young man was injured on Sunday evening during an Israeli settlers’ attack on the village of Kafr ad-Dik, to the west of the occupied West Bank city of Salfit.

Faris al-Dik, an activist, told WAFA that about 30 Israeli settlers, and under the heavy protection of Israeli forces, threw rocks at Palestinian citizens in the village, injuring a youth.

He added that the settlers ransacked an agricultural structure owned by local resident Ali al-Ahmad, and damaged a vehicle owned by resident Rami Younis, noting that the soldiers prevented citizens’ access to the area.

“Settler attacks have increased since the beginning of the year and have become daily, which demands that residents of Salfit and area towns should be vigilant and attentive and form popular protection committees in all towns and villages,” said Daghlas.