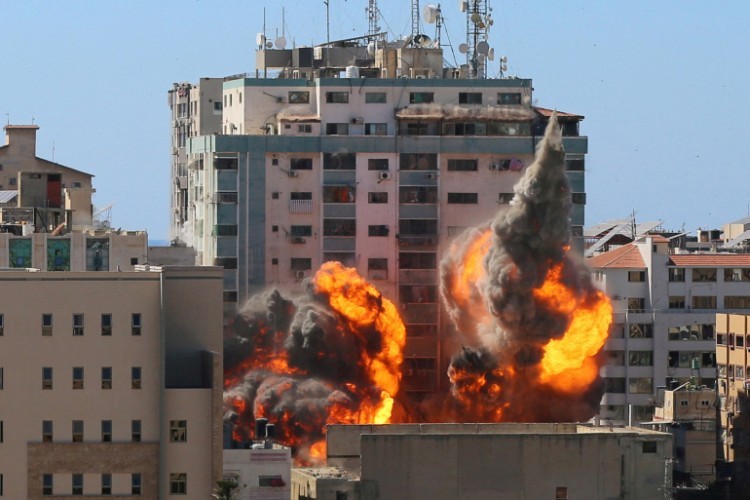 It was not the first time that Gaza has witnessed an Israeli vicious aggression. The Israeli four war in a row that changed the beautiful face of Gaza has left serious effects on the people of the besieged enclave causing the murder of more than 250 people including 66 children, 39 women and 17 elders according to a recent report issued by Palestinian Ministry of Health based in Gaza.

The Israeli occupation warplanes dropped brimstone and fire over the heads of Gaza innocent civilians and destroyed 2075 houses and 4 residential towers in addition to targeting the infrastructure, industrial structures, governmental headquarters and commercial institutions. More than 2000 airstrikes and shelling were launched by the Israeli warplanes which led to fearing 2 million people in Gaza. The Israeli blood-thirsty killing machine did not stop there, however, it continues to infringe the right of life and safety for Palestinian families. The Israeli occupation warplanes targeted the houses of innocent and defenceless families without prior notice. The sleepy people woke up in their coffins and whole families were erased from the civil registry. Of course, these brutal and inhuman deeds unveil the ugly face of the Israeli occupation and confirm the well-established notion that “Israel” is an entity above International Law.

The Palestinian cause gained the respect of all free men around the world and got advocacy and solidarity in the major capitals of the world. Thousands of Palestine supporters rushed to the streets and called for ending the Israeli occupation and the illegal siege imposed on Gaza since 2006.

The Israeli occupation has lost the battle once again as it lost its credibility among the Israeli settlers and the international community. The real numbers of deaths were not true and tight control was imposed on Israeli media outlets. The Israeli settlers trusted more the spokesperson of Al-Qassam Brigades, Abu Obida who was trustworthy and credible all the time.

The bank of targets announced by the Israeli occupation was nothing but innocent children and women, safe houses and infrastructure. The announcement of a mutual ceasefire guaranteed neither a decent life for Gaza residents nor an end to this tough siege. The status quo remains the same in occupied Jerusalem as Israeli settlers storm the courtyards of Al-Aqsa Mosque on a daily basis. The steadfast neighbourhood of Al-Sheikh Jarrah still faces the threats of forced eviction and land expropriation.

The only constant in this episode of struggle with the Israeli occupation is the determination of Gaza resistance factions and the people of the Gaza Strip to end the last occupation on earth and to free our occupied homeland sooner or later.