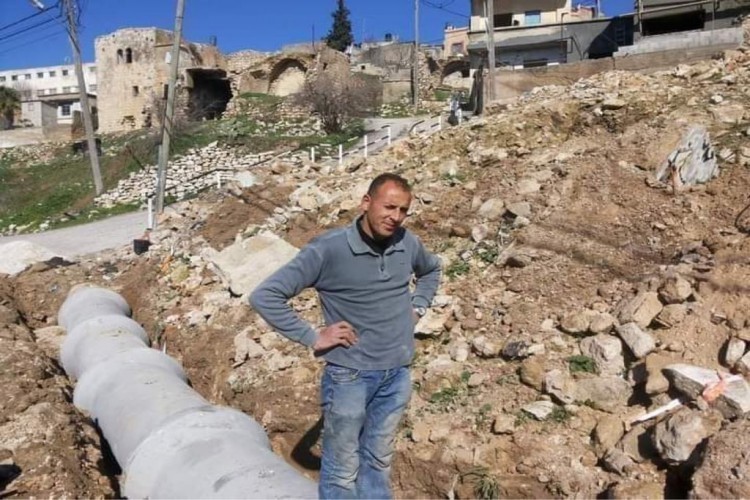 The Ministry of Health announced Tuesday evening the death of a Palestinian citizen, shot by the occupation forces, near the crossroad of the town of Beita, south of Nablus.

According to local outlets, Omar Sleem, 41, from the town of Beita, was shot by Israeli occupation forces and transported by an Israeli vehicle before his death was announced.

This brings the number of Jabal Sabih martyrs to five since the beginning of the popular uprising more than seventy days ago, in addition to the injury of hundreds, dozens of which with live bullets.

Meanwhile, the occupation forces ambushed the young men near Jabal Sabih, south of Nablus, and detained a number of them.

Yesterday afternoon, the Israeli occupation forces shot in the foot a young man with live bullets and with a rubber-coated metal bullet behind his ear during the confrontations in the vicinity of Karam Nimr Mountain, near Jabal Sbaih, in the town of Beita, south of Nablus in the northern occupied West Bank.

The occupation forces fired live bullets at the Palestinian youth and rained them with gas grenades.

The young men and the people of the town of Beita continue the night confusion activities, to counter the settlers’ attempt to seize the lands of Jabal Sbaih and establish a new settlement outpost on the top of the mountain (Jabal Sbaih).

The freedom fighters burnt, yesterday, two caravans in the settlement of Avitar, and detonated a stun grenade on Jabal Sabih.

The surrounding area of Jabal Sbaih is witnessing a wide range of nighttime confusion, that extends until the late hours of the night, carried out by the young men of the town of Beita.

For about two and a half months, Beita has been witnessing daily confrontations, that intensify at night, in the Jabal Sbaih area, between the occupation soldiers and Palestinian youths, in an attempt to expel the settlers from the place.