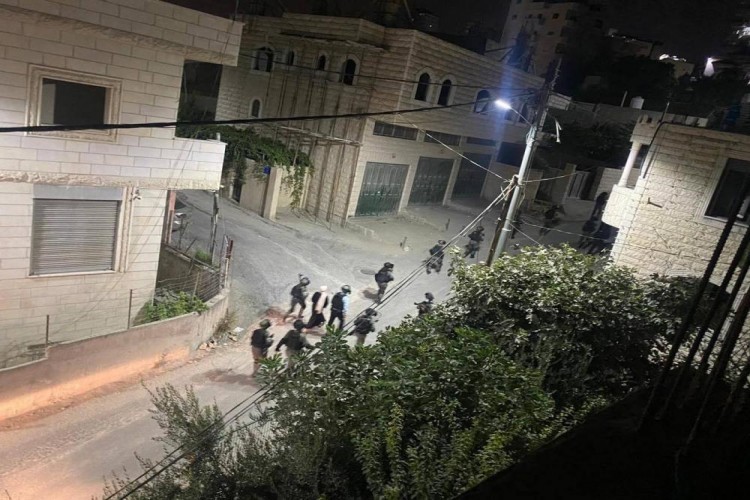 On Friday evening, the Israeli occupation forces arrested a girl after they stormed the Al-Salam suburb in the town of Anata, northeast of occupied Jerusalem.

Local sources reported that the occupation forces stormed Dahiyat al-Salam in the town, and arrested a girl after raiding and searching her family's house and vandalizing its contents.

From the moment of being detained, Palestinian female detainees are beaten, humiliated, and insulted at the hands of the Israeli occupation forces. The harassment of them escalates as soon as they reach the interrogation centres.

All-female detainees are subjected to all interrogation methods, whether psychological or physical, such as beatings, sleep deprivation, hanging for long hours, intimidation, and terrifying, without taking into account their femininity and special needs.

The female detainees are held captive in Damon jail, which is located inside the occupied territories in 1948, and they face harsh and difficult conditions as they are deprived of the minimum necessities of human life.