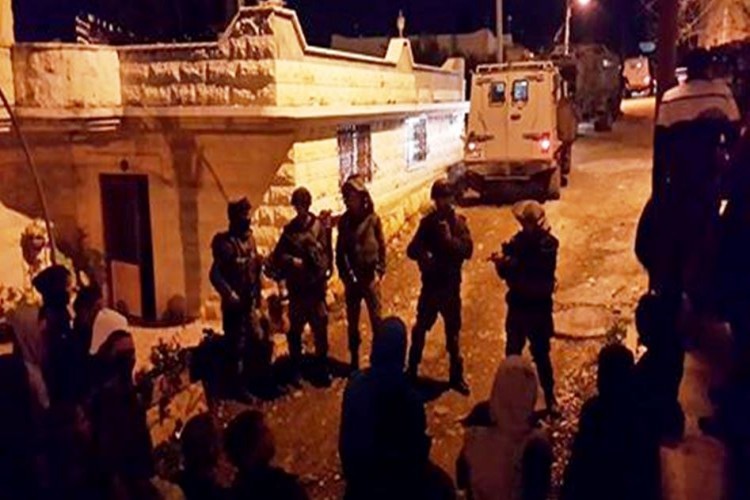 WEST BANK – The occupation forces detained, last night and this morning, 5 Palestinian citizens from the governorate of Bethlehem.

The occupation forces arrested Hassanein Shawka (59 years), and Youssef Ayyad Al-Harimy, from the center of Bethlehem, after raiding and searching their homes, local sources said.

Mustafa Saleh Abu Hammad, 20, from Aida refugee camp, was arrested last night, after being stopped by the occupation soldiers stationed at the "Container" checkpoint, northeast of Bethlehem, the sources added.

In a related context, the young man, Muhammad Atta Musa, from the town of Ni'lin, west of Ramallah, was wounded this morning, after the occupation soldiers shot him near a military checkpoint at the entrance to the town.