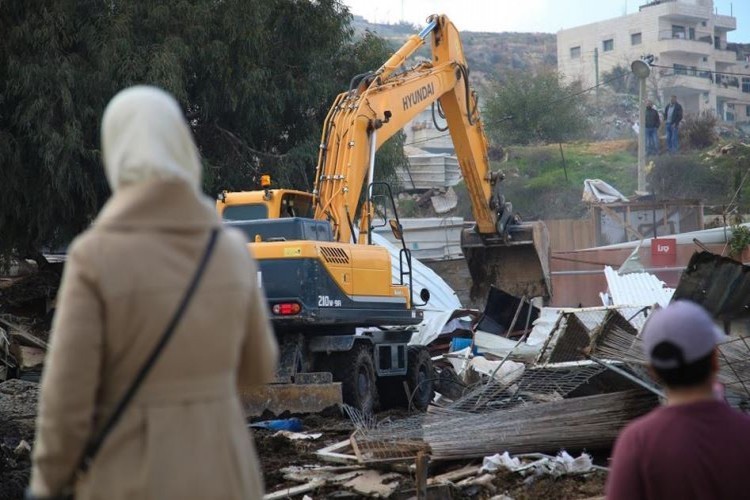 Israeli Occupation Demolish a House Under Construction in Bethlehem

WEST BANK - Today, Wednesday, the occupation forces demolished an under-construction house in the village of Beit Tamar, east of Bethlehem.

An Israeli force, escorted by two bulldozers, broke into the Al-Zawahra neighbourhood in Beit Tamar and demolished a house under construction, local sources reported.

Demolitions carried out by the occupation forces against Palestinian homes and facilities, and self-demolition orders on the pretext of not having a permit, have recently escalated.