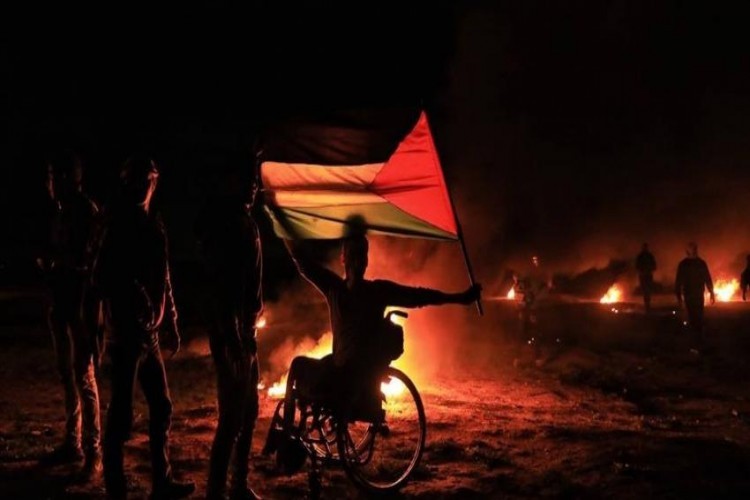 Gaza, Sep, 1 - A young man was injured by rubber bullets and others suffocated after the occupation forces intensively fired tear gas canisters at the Night Confusion activists east of Rafah governorate in the southern Gaza Strip, local sources reported.

Hundreds of Palestinians crowded in the return camp area, east of Rafah governorate, to participate in the night confusion activities yesterday evening.

The "night confusion" activities continue in various areas along the separation fence between the Gaza Strip and the occupied territories of Palestine for the fifth consecutive day.

Activists participated in the night confusion activities by igniting rubber tires, sounding horns, and detonating sound bombs to disturb the Israeli occupation and nearby settlements.

The organizers of these events say that they aim to elicit attention to the aggravating suffering as a result of the Israeli siege imposed on the strip and the increased restrictions after the end of the recent May aggression. Additionally, the occupation forces obstruct the reconstruction process of what has been destroyed during the last aggression.

It is expected that there will be greater activities on Thursday, that will continue until the end of the blockade imposed on the Gaza Strip for more than 15 years.