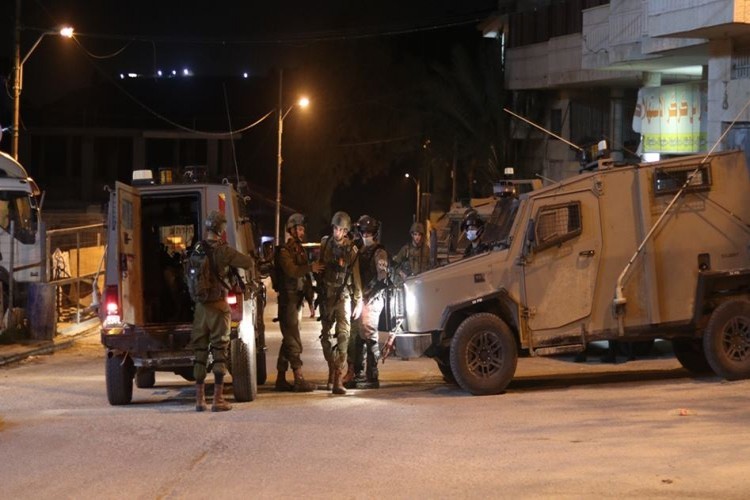 In Ramallah, the West Bank center, a big occupying force stormed several neighborhoods, during which fierce confrontations took place where dozens of Palestinian young men who threw Molotov cocktails at the occupation soldiers, who fired live and rubber bullets, and gas and sound bombs at the young men.

The occupation forces arrested the two young men, Muhammad Nidal and Masoud Samada, after confrontations between the young men and the occupation soldiers in the Al-Tira neighborhood, local sources reported.

In Bethlehem, the occupation forces fired live bullets, tear gas and sound bombs, and besieged the house of the freed prisoner, Hassan Shoka, on Al-Saff Street.

The forces set up their military checkpoints at the entrances to the city, stopped and searched citizens' vehicles, and checked their passengers' IDs.

The occupation forces also arrested a young man from the town of Aqqaba, near the city of Tubas.

The occupation forces arrested the young man, Muhammad Khair El-Din Daraghmeh after they raided and searched his family's house, the director of the Prisoners’ Club in Tubas, Kamal Bani Odeh, stated.

Separate areas of the West Bank and occupied Jerusalem have been witnessing daily incursions and arrests of citizens, terrorizing the people, women, and children.