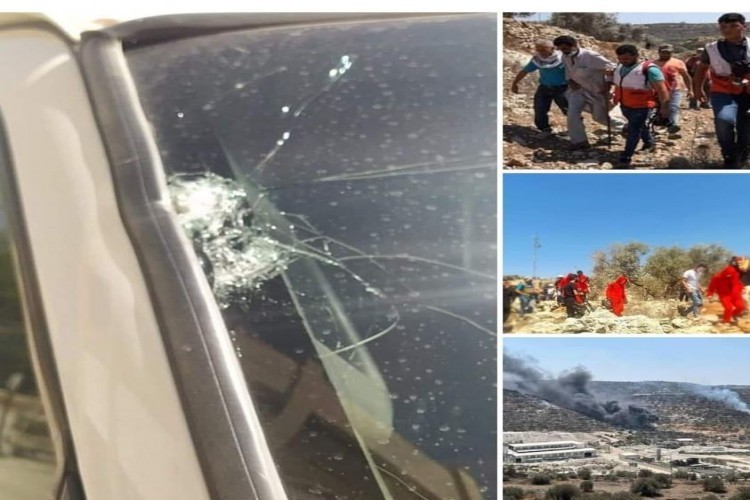 70 Palestinian civilians have been injured this afternoon, 12 of them with rubber-coated metal bullets, during confrontations with the occupation forces in the vicinity of Jabal Sbaih (Sbaih Mount), south of Nablus, the Palestinian Red Crescent said.

This morning, the occupation forces bulldozed one of the roads leading to Jabal Sbaih, hours before the start of the weekly march rejecting the settlement outpost on the top of the mountain.

Last night, the activities of night confusion activities continued in the vicinity of Jabal Sabih, where a great number of the people of Beita participated.

Since the start of settlements resistance, the young men have developed their methods of resisting the occupation, the latest of which is the bombing of large barrels opposite the occupation's checkpoint, and they also launch firecrackers and fireworks at the occupation soldiers who are guarding the outpost of the Jabal Sbaih.