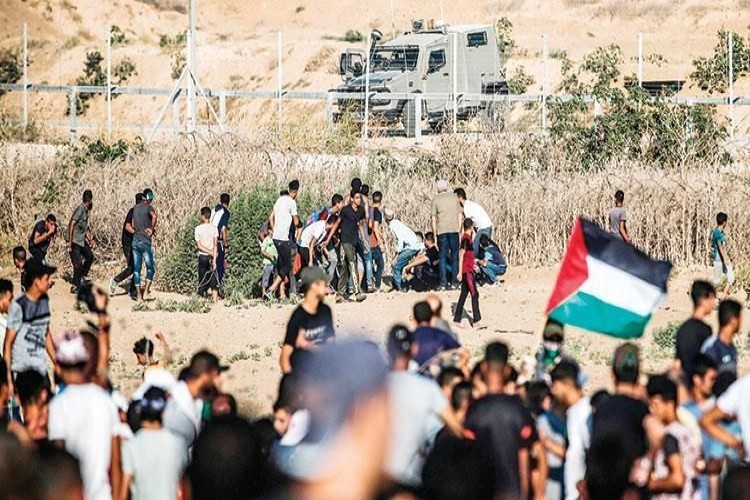 Two Palestinian teenagers have been killed by Israeli snipers during the 73rd protest of Great Return March along Gaza separation fence.

Gaza Ministry of Health reported that Ali al-Ashqar, 17, and Khaled al-Ribie,14, were shot by Israeli snipers on Friday while 76 others were severely injured.

"Most of the wounded suffered upper-body wounds which shows an intent to kill," Ashraf Al-Qidra, the spokesman of Gaza Ministry of Health reported.

Thousands of Gaza residents participated actively in the peaceful protests of Great Return March demanding their legitimate right of return to their occupied lands since 1948.