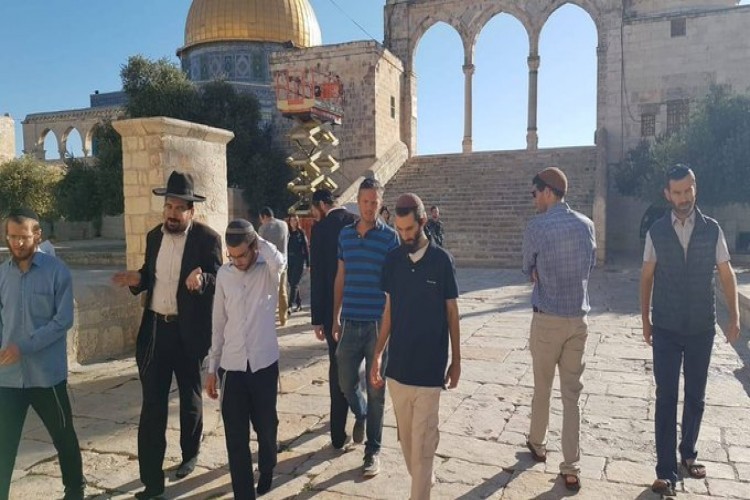 The Islamic Institution in Jerusalem warns of exceptional storms by Israeli settlers and calls Palestinians to defend Al-Aqsa Mosque.

The institution called in a statement to break up the attacks organized by what so-called" Temple Mount" groups which call to storming Al-Aqsa Mosque within few days concurrently with Jewish holidays.

The Islamic institution added that " The calls of storming Al-Aqsa by Israeli illegal settlers are totally supported by Israeli occupation's government".

These calls also aim to create tension in Jerusalem and in Al-Aqsa Mosque in particular.

The Islamic institution urged Palestinians to go out to Al-Aqsa Mosque and to stay in its compounds to fail Israeli endeavours that aim to impose its authority upon the holy mosque.