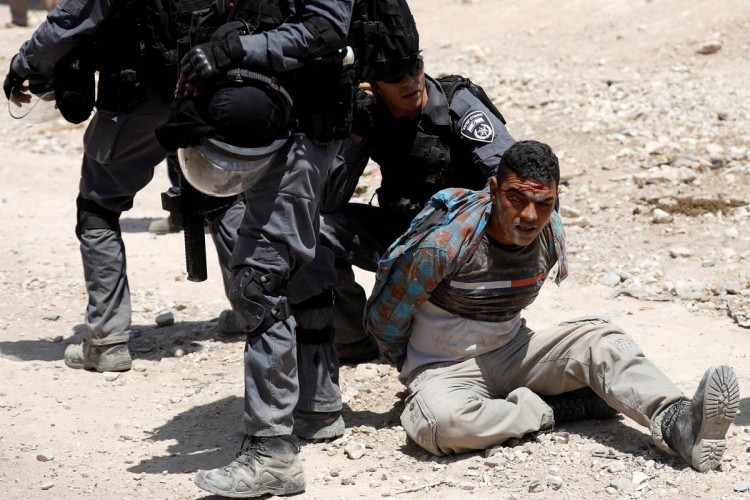 Israeli occupation forces have assaulted dozens of Palestinians protesting the demolition of a Bedouin village near occupied East Jerusalem and the forcible transfer of the entire community.

Israeli occupation forces arrived to the scene with heavy equipment and at least one bulldozer early on Wednesday.

According to the Palestinian Red Crescent, at least 35 Palestinians were wounded during the events which took place on Wednesday at Khan al-Ahmar village.

Videos taken by witnesses and circulated online showed Israeli forces beating and brutally assaulting women and children. In one video, Israeli forces were seen violently dragging a Palestinian woman on the ground and pulling off her headscarf.