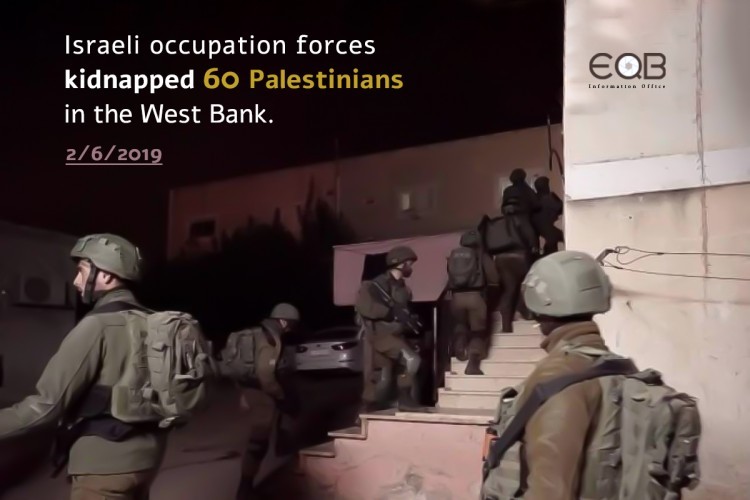 Most of the detained people were from occupied Jerusalem as Israeli occupation forces broke into Al- Aqsa Mosque compounds and assaulted Muslim worshippers inside the holy mosque.