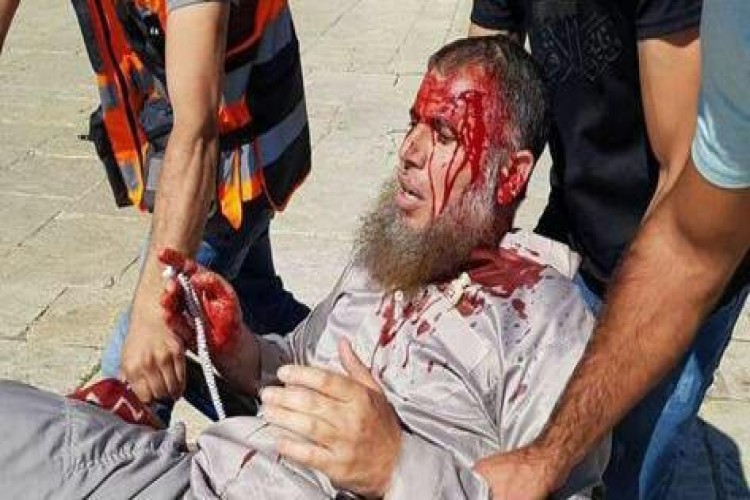 While millions of Muslims all over the world were celebrating Eid Al-Adha, tens of Israeli occupation forces raided Al-Aqsa Mosque and assaulted prayers savagely.

It was not the first time that brutal Israeli occupation forces and illegal settlers broke into the holy Mosque. Such provocative raids happen regularly while the whole world turns a blind eye toward these crimes.

Among the injured were elderlies, women, men, and children who came to celebrate and enjoy the Eid in Al-Aqsa Mosque. The happy occasion turned into a sad one since the cruel Israeli forces spread panic and fear among peaceful prayers.