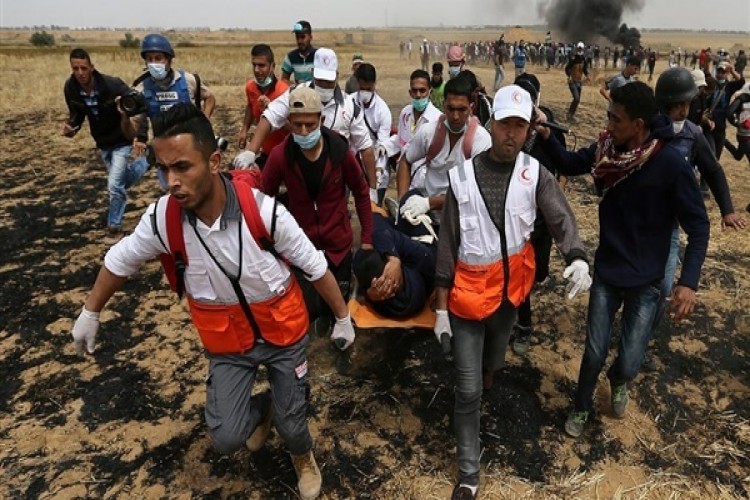 About 63 Palestinians were injured by live bullets and gas canisters as Israeli occupation forces assaulted Palestinian peaceful protesters taking part in the 70th protest of Great March of Return at Gaza borders yesterday.

Among the wounded were 17 children and 3 women as Gaza Ministry of Health reported.

It is noteworthy that more than 300 Palestinians were killed and about 17,500 others were injured by Israeli occupation forces since the start of the Great March of Return protests at Gaza borders on March 30, 2018.

The weekly protests call for lifting the illegal Israeli siege imposed on 2 million Gazans. These peaceful protests also call for the legal Right of Return of Palestinian refugees to their inherited homes which their ancestors were forcibly displaced from in 1948.